Lexington Therapy Services create a fun and engaging atmosphere for individuals with autism and other special needs through our
therapies and services while empowering members for daily success.

The Need for Therapy

Therapies have become a staple in many early development programs to provide children and young people with the best experience possible. Some of the most popular therapy programs that benefit people with special needs are speech therapy and occupational therapy. Therapists in these fields work with patients to expand their functions in speech, movement, and everyday activities that contribute to a meaningful daily outlook. With professional help, people have greatly expanded their quality of life and fostered their independence. 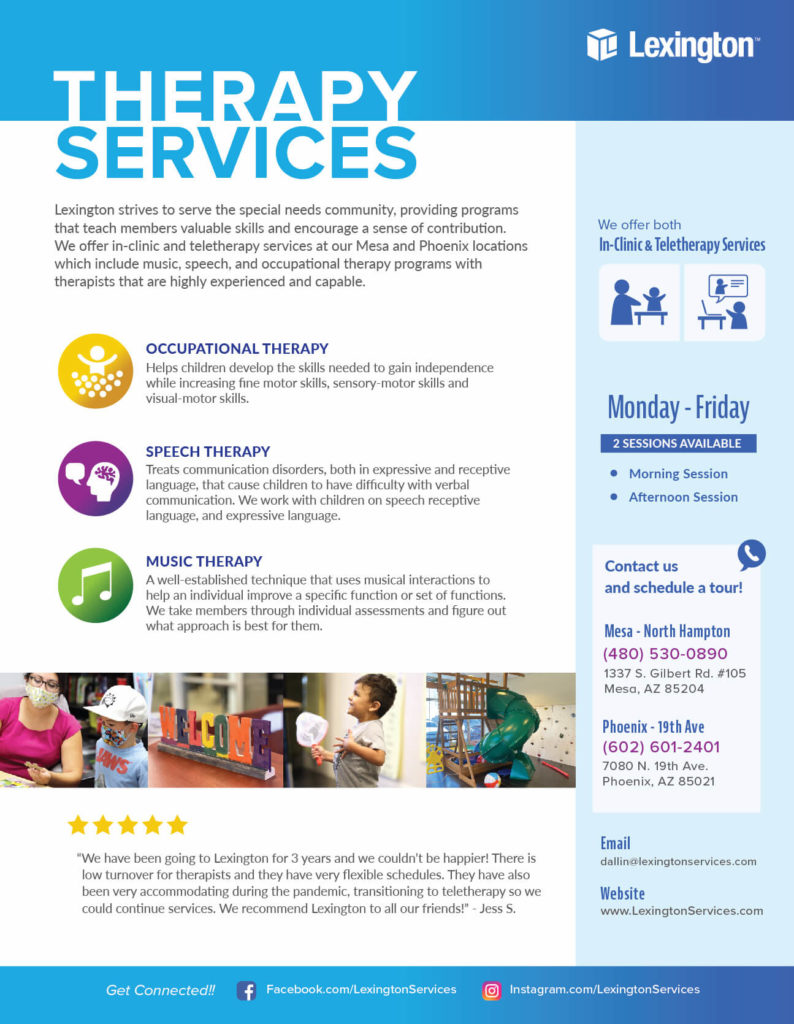 What Therapy Can Do

Therapy programs are designed to develop, nurture and maintain some normalcy in people’s lives so they can thrive. Because the focus is on the individual and because both professionals have to tailor creative solutions to manage improvement, the outcomes are highly individualized.

One thing that’s certain about speech therapy and particularly occupational therapy is that early intervention is key, especially for kids with developmental disorders and specific conditions like autism. The goal of these programs for children is to enhance their development to avoid delay, working on these skills early in life for an optimal outcome as they mature into adulthood.

These programs require a unique person with the creative aptitude to apply scientific practices to create an individual therapy program for their patients. For patients, the skills they struggle with can be very frustrating. The profound impact of these therapies is the expansion of understanding and physical execution necessary for everyday activities.

In children, OT professionals work to sharpen skills involved in these occupations and strengthen formative growth developments. An Occupational Therapist may customize a program for a child with autism that incorporates sensory activities that improve motor skills while simulating play to improve.

Music therapy is used to improve speech through

A musical therapist might also use instruments or their own voice to respond to members and encourage them to create a musical language, which fosters confidence, communication, and a wide range of emotional responses. Music therapy is very diverse and can help people improve in a range of areas. 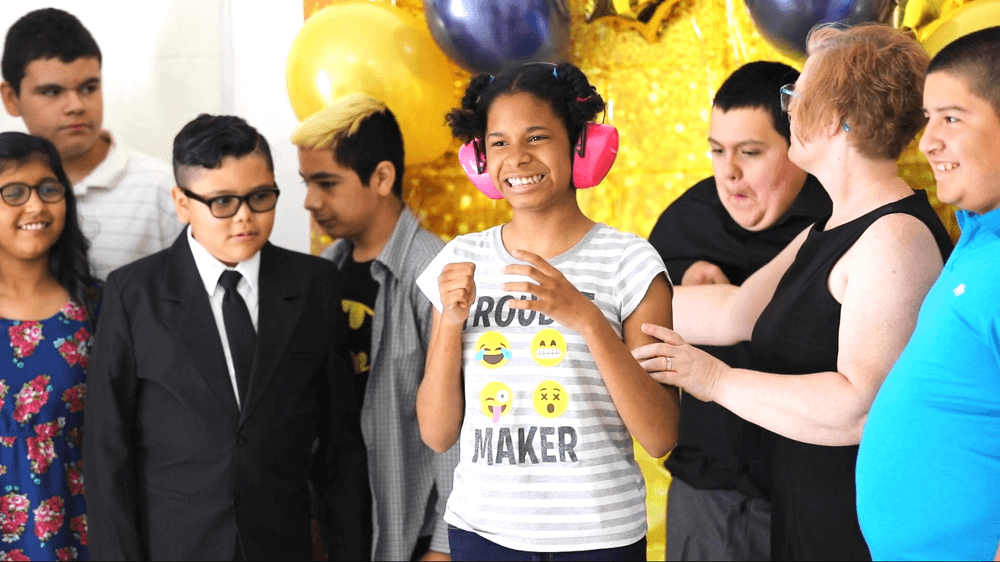 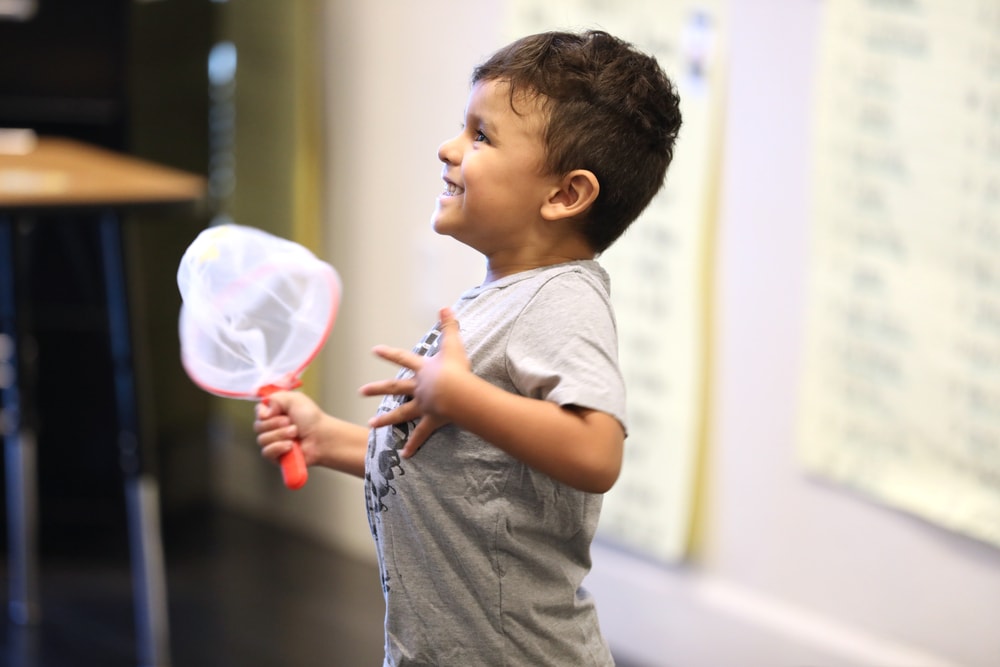 An Arizona native, Dallin Webster grew up in the middle of three kids in Mesa and graduated from Mesa High in 2006. From 2007 to 2009, Webster served a mission for The Church of Jesus Christ of Latter-Day Saints in Fresno, California. Since then, he has received his Associate’s Degree from Mesa Community College (MCC) and is currently pursuing his Bachelor’s Degree in Family and Human Development from
Arizona State University (ASU).

Director Webster is married and has two children diagnosed with autism, and attends various therapies. He enjoys everything and anything Disney and watching and playing basketball.

Since 2010 Webster and Harrison Rogers, the founder, and CEO of Lexington Services, have been close friends. During 2019, Webster was a stay-at-home father working closely with his children and assisting them in their growth through attending therapies. He was contacted and offered the Director of the Therapy program in December of that same year and has been working hard since making Lexington Therapy Services a significant staple and benefit to the Mesa and Phoenix communities. 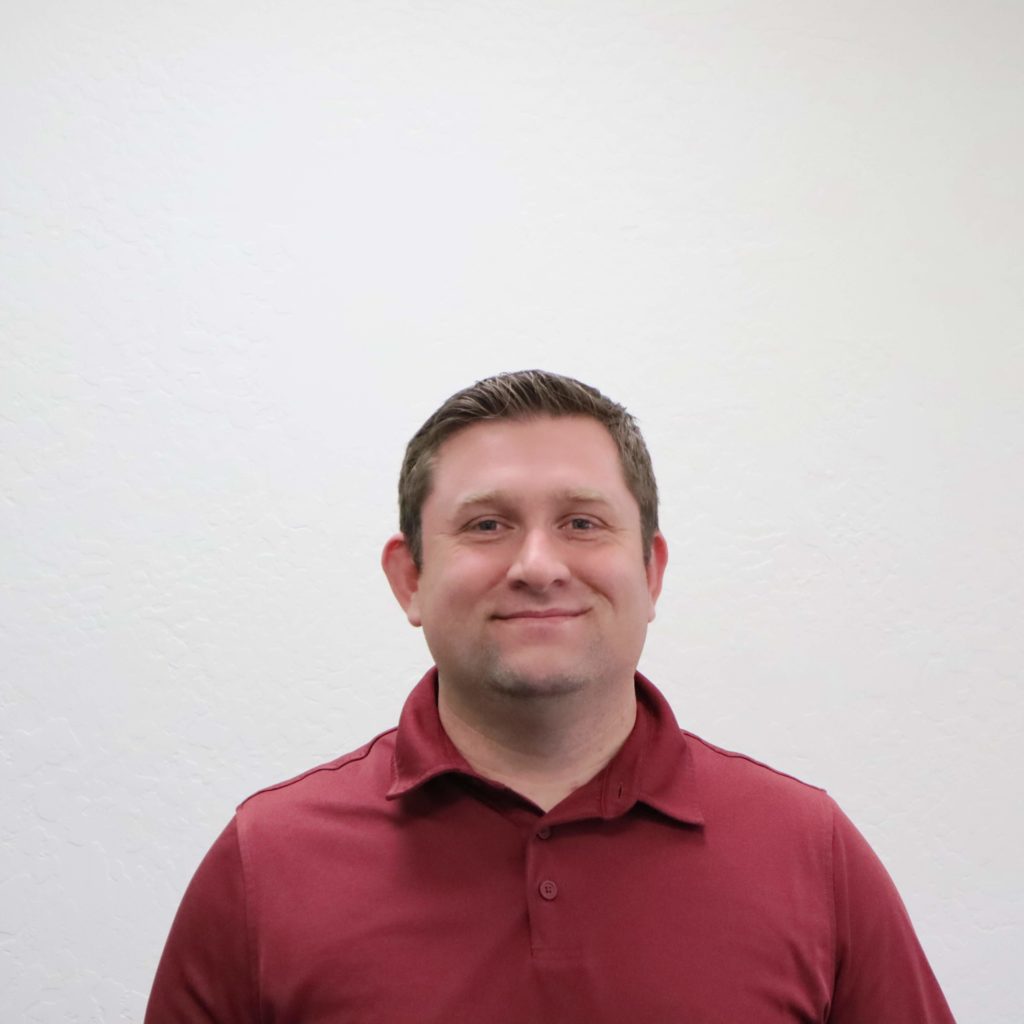